Presentation Liberty in our Lifetime: Finding Freedom as a Modern Pioneer

Last weekend I remotely joined the conference Liberty in our Lifetime organized by the Free Cities foundation. Below is the text of the presentation for the “newcomers’ panel”: Finding Freedom as a modern pioneer.

Finding freedom as a modern pioneer

There is a common misconception that the earth is over-populated. That there are no more places to go, no unexplored territories to settle. That the only place for libertarians to settle is the high seas, a territorial anomaly, or a space station. But what if I tell you there are possibilities much closer to home, that are far more realistic to settle in?

Europe is depopulating, in some parts much more so then others. While cities grow due to immigration, the native rural population is dwindling. The culture and government policy of stimulating women to work over having children is baring results. The more recent trend of neutering teenagers will make this even worse.

Other cultures are aware of this: the Chinese government has reverted its single-child policy and are now paying women to have three kids. The Russian government has embraced orthodox Christianity and they are building more churches than ever before. Muslim preachers tell their followers to conquer Europe via their women’s wombs.

Regardless of what you think women should be doing, if women don’t have children, nations will die out. And thàt offers opportunities for the libertarian movement.

A little over a year ago,when covid panic was in full swing, I started looking at the Private City concept as it was implemented at the Bay Islands in Honduras. I noticed a couple of flaws: the location is too far away for most people, and the price is too high, making it very exclusive. The same applies to Seasteading and many other initiatives in far away countries. If you want to attract people, you need to offer something reasonable, closer to home, in Europe.

To my mind, there is only one example of a successful Libertarian project: the New Hampshire Free State project. They attracted thousands of people and made tangible changes that far outweigh their numbers. Basically doing the reverse of woke activism.
Despite their success, I do believe trying to change the politics of an entire state is too ambitious. Also for obvious reasons, it cannot work that way in multi-national Europe. Therefore I narrowed the scope to one municipality at a time.

There are two approaches to achieve a level of independence: one way is changing the legal framework within a region of an existing country. Free Zones and historical anomalies such as Belgium or Panama fall into that category. It is very hard to convince rulers to abstain from ruling part of their territory. Another way is attracting people first to a certain location, and achieve sovereignty de facto or de jure afterwards. Through most of history, this last approach has been the rule. From Moses leading the Israelis to autonomous banlieus of Paris, if you concentrate a group of people who ignore authorities, rulers quickly loose power.

So instead, I investigated the least populated parts of Europe and formulated four requirements:

Spain, as a high tax bureaucratic nation does not seem the most obvious choice to find freedom. But to enforce laws, you also need an army of bureaucrats. In the sparsely populated countryside, there are simply no people available.

Necessity has already forced the population to ignore laws that make life impossible. Many elderly contract women from Latin America as caretakers, often without papers or contracts. The few handymen in the area work for cash only. Smoking is officially prohibited even outside bars, yet people smoke tobacco and weed without repercussions. Many properties, including in our village, were never registered. No tax is paid and authorities don’t even bother tracking down owners.
The autonomous region of Galicia enjoys a healthy sense of national pride. When talking about “their country”, locals often mean Galicia, not Spain as a whole.

To minimize resistance from local population the Free Commune is established in an area where there is no local population – an abandoned village. While most people are good, one bad neighbour could ruin our plans. So we made sure there are none.

In turn this village is part of a parish, the smallest political entity in Galicia. Formally, parishes still have a level of autonomy although in practice this is not often used. Our parish has less than 100 residents, most of whom are elderly.
Above the level of parishes comes municipality. In the 1950’s our municipality held 8000 residents. Nowadays there are only 1600 left, again mostly elderly. Every week there are one or two funerals. The population density is 10 per square kilometer, slightly more than Russia. There’s a huge school building that now only houses 37 students: kindergarten, primary and secondary school! Twenty years ago there were ten taverns in the main street, now only three. The feared Guardia Civil police station was closed 20 years ago. The military style barracks can be bought for hundred grant (actually the current price is 55k)

Isolated regions can also be found in the north of Europe. However, most people prefer a little warmer climate and don’t like dark winters that last six months. Plus it helps to have a longer growing season to create some food autonomy. Therefore I never considered it an option to look north.

Also, it is very important not to look too far from home. Many people have obligations, family, businesses or jobs that require them to spend time in their country of origin regularly. Moreover, flying intercontinental is a costly affair. It takes time and is often an unpleasant experience.
The covid panic also demonstrated how easy it is for governments to ban mobility. Land borders are a lot harder to lock down than airports.

So many projects have been tried in far corners of the world, none of which were successful. At most, they became holiday and retirement resorts for wealthy libertarians. Never a viable alternative to the status quo.

The last reason to look closer to home might seem counter intuitive, but it helps when a country is in the EU. The benefits of being able to settle somewhere and stay there indefinitely, have a right to work and acquire property, outweigh the downsides. I know from experience how hard and costly it can be in other countries.
It also helps that Spanish as a language is easy to learn for most Europeans, unlike for example Hungarian, Serbian or Basque.

It is self evident that a low initial investment will attract more people. The aim was less than 15k, we managed to be able to even surpass that to a mere 5.000 euros. For that you’ll get a ruin of which only the walls are standing, and how you remodel it is up to you. Additional land can be bough for 5.000 per hectare or 2.000 per acre. To my knowledge there is nothing else that can compete in price.

A true society offers an attractive home to both rich and poor, young and old. A place to live, thrive and have children.

The word commune is often associated with hippie communes, shared possessions, polygamy and drug use. But the exact definition of a commune is simply a group living together. Our group of people is exclusive to people who are capable of respecting other people to live in freedom. Thus a Free Commune

Yet at the same time, with freedom does come responsibility, something that is perhaps a little overlooked by the libertarian movement. In a collectivist society with big, anonymous institutions, you never need to socialize with your neighbors. In a free society, we will need help each other from time to time. It serves our self-interest to do so, even when one is not obliged. That is what it means to form a community.

We aim to offer a better alternative to existing societies and want to lead by example.

So where are we:

We brought together a group of 50 people. The core of the group consist of 8 people, mostly Dutch. We have identified the owners of most houses, all but one are willing to sell. Negotiations are currently taking place. There is no issue over the value of the properties, only that they are poorly registered. To me that seems like an opportunity to circumvent existing power structures from the start. We can make our own registrar, perhaps using blockchain technology.

Meanwhile we cleaned out trails that were completely overgrown and discovered many more ruins than our initial estimate. Water, electricity, internet is all there but the first two need to be reconnected. There are wells and a source for back-up systems.
Restoration will take years, but everything starts with the first step.

Thank you very much 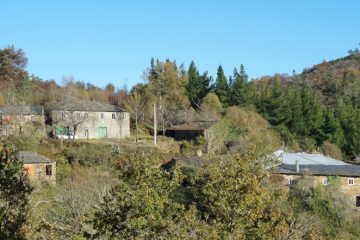 Yes, our Free Commune has a news letter now! It’s for members only so you won’t find any subscribe button here. However, a summary of the most important events appears on our website: 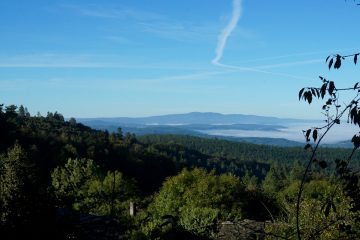 Liberty within our lifetime…

A week ago, the first floating house or ‘Sea Pod’ was presented by Ocean Builders. This company is affiliated with the Seasteading Institute, a libertarian organization originally founded by Patri Friedman (grandson of Milton). What Read more…