This article was originally published in “Libertair Perspectief” –  Newsletter of the Dutch Libertarian Party by Edwin J.F. Delsing, editor

Agorism is hardly known outside libertarian circles. It stands for non-political libertarianism, based on a peaceful and orderly society, according to the Non-Aggression Principle (NAP). According to agorists it is mainly the administrative power structure of the government that often violates the NAP. Agorism therefore focuses mainly on avoiding the obligation to participate in the government’s coercive agendas, such as taxes, fines, regulation and conscription. It pursues peaceful, gradual change by failing to contribute to the self-preserving and self-enhancing mechanisms of government. Agorism stands for that part of the economy in which the government has no controlling and regulating role and therefore cannot receive taxes. A good introduction to agorism can be found in this video.

The concept of Agorism was introduced in the USA in the 1970s by Samuel Edward Konkin III (known as “SEK3” or 3 Swedish Krona) in his treatise “the new libertarian manifesto“* (35 pages, English). In his rejection of political means to force social change, he advised people to stop supporting government by limiting their economic activities as much as possible to markets that are not regulated or taxed. Konkin called this “counter economics“. Free trade takes place on a free marketplace, in the ancient Greek tradition this was the agora, hence the term “agorism” for the society he wanted to achieve.

The work of SEK3 can be seen against the background of the political situation in the US in the 1960s and 1970s, in which the Vietnam War played a major role. That war, as usual, was financed by taxes. The realization that every taxpayer contributed to the brutality of the war was a thorn in the side of libertarians. Some formulations in the manifesto may seem radical to us, but in 2021 we are also, again, in a turbulent, volatile time and anyone who reads the entire manifesto (your editor recommends, in particular, the third chapter “our means“) will recognize a lot.

SEK3:
“The basic organizational structure of society (above the family) is not the commune (or tribe or extended tribe or State) but the agora. No matter how many wish communism to work and devote themselves to it, it will fail. They can hold back agorism indefinitely by great effort, but when they let go, the “flow” or “Invisible Hand” or “tides of history” or “profit incentive” or “doing what comes naturally” or “spontaneity” will carry society inexorably closer to the pure agora” (from “New Libertarian Manifesto”, third chapter)

SEK3 was inspired by the ideas of Murray Rothbard*, one of the main founders of Anarcho-Capitalism. The idea that you can expel an oppressive power from your life (and from society) by no longer supporting it, goes back to the ideas of Etienne de la Boëtie (1574 – The Discourse of voluntary servitude**: the decision not to serve.

SEK3 criticized libertarian political parties, precisely because of their participation in party democracy. He considered them as supporters of the statist system and was therefore at odds with the libertarians of his time. However, you could also argue that both activities are complementary and that agorism constitutes the non-political activity of the libertarian movement. A subject of controversy is also the difference between Anarcho-Capitalism and the minarchism of the libertarian mainstream. This controversy can be bridged by, for example, applying the concept of “heterarchy“, which has revolutionized organizational theory, and by recognizing that anarchism (literally meaning “leaderless”) absolutely does not mean chaos, but implies a natural form of self-organization.

We see that a good part of the current LP followers is well connected to anarcho-capitalism and agorism. The political activity of the LP is seen useful for propagating the ideas on the public political stage, not for taking power, but to convince and bring proof that power should be decentralized and shared.

Due to the practical and directly implementable nature of agorism, its societal impact can be many times greater than the significance of the political branch. After all, evasion of taxes and regulations puts a challenge to the current own dynamics of “the greater good“. When this happens on a large scale, it will usually limit the influence of the government. Libertarian agorists are by no means opposed to contributing to communal services that they themselves use; after all, they don’t want to be profiteers from other people’s work without supplying fair value in return. But because they like to organize communal services on a smaller scale and determine their price in a free market – in competition – and if necessary take those services into their own hands, agorists want to liberate themselves ever further from an overpriced and meddling government.

If this concept appeals to you, there is actually a lot you can do yourself: actions that are not prohibited and many of which cannot be banned. Interestingly, agorism almost naturally touches on a number of topics that you also find in grassroots movements. From reducing your (tax) footprint to actively developing your own self-reliance. If you allow the government less influence on your personal life, you can also reasonably require that you pay less to the government.

Rik Kleinsmit (Member of the board of the LP):

“I practice agorism every day, for example by generating my own energy, growing my own food, working with my neighbors to purify our wastewater locally, managing our own road, roadsides and community building through our Home Owners Association, by being a conscientious objector and by taking responsibility for my own health.“

The Dutch LP’s “Agorism” Working Group is currently compiling a handbook of practical examples of Agorism. A number of participants in that working group writes chapters on, for example, mobility, housing, self-protection, trade, food, repairs, alternative means of exchange, digital privacy, care and welfare and litigating without government. It is a collaborative project that is open to members of the LP. The intention is that it is an open file to which any libertarian who wishes so can write and thus share practical experiences with like-minded people.

“Regulatory and tax pressure is the problem and agorism is the answer. Bypass rules and taxes by clever tricks or just by common sense. Every day a step closer to a free parallel society. Non-violent and invisible. Our working group wants to explore the landscape of possibilities and think of tax constructions, tips for self-sufficiency, alternative currencies and mutual exchange circles. We push the boundaries of what is allowed and then it turns out that more is possible than you think. We bundle all this knowledge into a practical guide. Reading and discussing for inspiration we collectively write books on agorism, including the ones by Samuel Konkin.“

Something is bubbling. Initiatives are emerging worldwide to establish libertarian (city) states and villages. An interesting aspect of all these initiatives is that libertarian social contracts and libertarian constitutions are formulated and shared for those places. These initiatives are prospering because more and more people want to escape the “société administrée“: the over-regulated society and put something better in its place. Today, the dystopia of an all-seeing and all-powerful government dictatorship is looming against which there is almost no cure. These initiatives however aim to build open structures of free exchange, which, depending on their success, serve as models for better future societies. SEK3 foresaw that this would happen.

Incidentally, these initiatives do not stand alone. There are all kinds of movements that have their own villages. Think for example of “ecovillages“, the settlements of Protestant communities such as the Amish, the Mennonites or the Quakers, of Baudet’s “Forumland“, the approximately 20 Neo-Nazi settlements in Germany or the village of Loppiano in Italy of the Roman Catholic Focolare movement. A colorful company of healthy, green and red apples and a few rotten brown apples in between.

Humans have always built their own societies and undertake to continually civilize them further. “Colonization” really isn’t the monopoly of a grumpy leader class of nation-states who want to build their own castles. While the WEF’s “Great Reset” appears to have powerful backing, there is already a much broader spectrum of “build back better” visions, all competing with each other. People and nations cannot be forced into a single straitjacket. The integration of alternative structures into the existing global order of nation-states is the touchstone for their basic values. And the principles of libertarian agorism: self-determination and non-aggression are certainly not alien to Homo Sapiens, they have proven to be more successful and enduring over the centuries than the tyranny of red, green and brown collectivism.

More and more people are looking for alternatives to today’s society in which the government has gained the upper hand. After an article about libertarian settlements on Vrijspreker (Free speaker, Dutch libertarian blog on 19 September) by Marnix there were so many reactions that a group of libertarians is now concretely working on acquiring an entire (abandoned) village somewhere in a pleasant place in southern Europe in which it is possible to to live, work, grow your own potatoes, olives and lemons with 50 to 100 households and act and trade on the basis of a libertarian social contract*** (NAP, respecting each other’s property and working together in free association) and doing so as much possible to take government services into their own hands. To test so to speak the conversion to agorism by a small community of individual owners. In the meantime two updates (part 1, part 2) about this project have been published on “Vrijspreker”  under the title “towards a free capitalist commune“. You can join the blog on the initiative’s website. Do you have settler blood, do you know of other similar initiatives or do you wish to participate, please report to the editor. 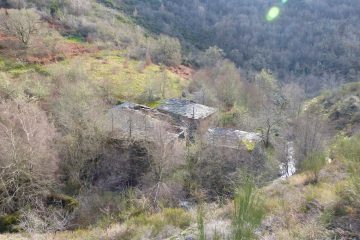 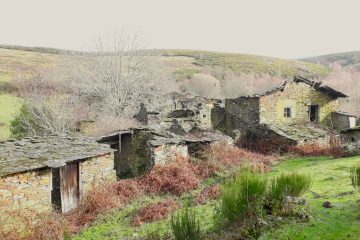 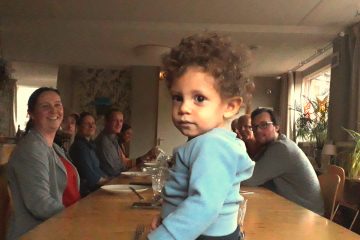 Any type of movement starts with convincing people of an idea, and generating trust between members to be able to work as a team to achieve an objective. Freedom is a great idea, but people Read more…